Fabric, and creating or recreating your own reality.

A wise man once wrote "Things that try to look like things often look more like things than things do." This quote is from the wonderful Diskworld novel "Wyrd Sisters" by Terry Pratchet. He was writing about how a real life crown seemed dull and plain next to the bejeweled  piece of painted tin of a crown from the prop store of theatre company.  For many years growing up I believed that to re-enact something from history or a TV show you simply made something that looked vaguely like the historical object or prop piece you wished to portray. Working at Fabric8 has shown me that quite the reverse is true. We are fortunate to count historical reenactors and Cosplayers and LARPers amongst our customers and helping these groups of people is great fun.

Historical reenactors are history enthusiasts who dress up in fully authentic clothing and portray life set in a certain year at public events. Being close to Kentwell Hall means the bulk of our reenacters portray life set in Tudor times for Kentwell's big annual re-enactment.  This is one of the main reasons we keep so much wool and linen in stock. 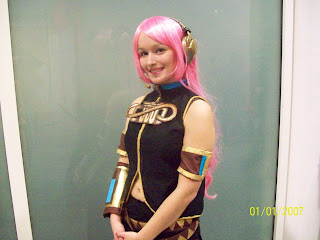 Cosplayers are a different breed. They re-enact characters from fiction. The two main groups are those who re-enact Japanese comics and cartoons (manga and anime) and those who re-enact popular films and TV shows (mainly sci fi). Colchester has a strong anime cosplay group, you may have seen them having a picnic in the park.  This young cosplayer is Ms Chelsea Dagger and is always a delight to serve. When I  hear people decry the 'youth of today' We always point out that by the nature of our work the young people we always meet are exciting active and creative :) The most fun part of helping anime cosplayers is that because they are re-enacting a drawing and not  costume that's already been made we can have great fun trying to work out what fabrics need to be used for the desired effect. 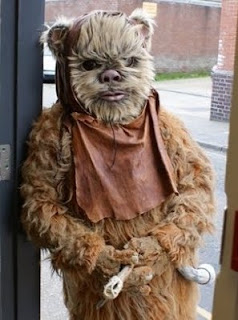 This young and up and coming ewok Is one of the Star Warriors  A local band of sci fi enthusiasts who attend events in sci fi inspired costumes  and raise money for charity. Do you have any idea how much fun it is to drop into conversation that you served an Ewok  at work?  Again these costumes are meticulously researched. There is a host of material on the web and in books all about the  costuming in films (and of course on DVD extras) If you love fashion go through your dvd collection and see if there is a costuming extra, they are always fascinating and you often learn some very useful information.

LARPing or Live Action Role Play is the re-enactment of things that never were. Originally a LARP event just involved popping on some leather and whacking your friends with a rubber sword, but it's moved on since then. Many LARP events don't even have combat but instead take the form of detective games (murder Mystery  nights) or role playing as tea obsessed inventors.

The reason why I'm writing about these groups is not just because they buy fabric from us. It's because each group requires meticulous research and attention to detail. The Historical reenacters need to know if a fabric was available in their  chosen time, and if the colours they want were suitable for someone in their trade or class. The sci fi reenactors need to know how a costume was originally made, how does one get just right colour fur to become Wicket The Ewok (car spray paint apparently. The anime cosplayer needs to work out how a costume could have the same look and feel as a cartoon characters when it's possible the fabrics they would use do not exist. And the LARPers need to ensure their  fabric chooses will wear well in the field and not cause them to over heat or become disheveled during their days events.   Almost without fail our customers have done their own research and done it well but we're always happy to help out as well and pick the brains of any reenactors or nerds on staff.  And next time you see a reenactment just think about how much hard work and dedication went into making those wonderful costumes even before the first stitch was sewn.


All cosplayers  and reenactors  need somewhere to show off their skills though, so if you have a penchant for dressing as an Ewok, or a space themed anime why not surprise people and the Colchester Free Festivals Kidstival   with their Space themed event at Castle Park on the 27th of Augest 2011?

Tying the Knot in Dots!

More and more people have been coming into the shop to by bridal fabric.  Some are making all the outfits themselves whilst others are leaving the wedding dress to a professional and then making the bridesmaid dresses as a family. These are both ways of saving a lot of money whilst adding a more personal touch to a wedding.  However last week I learned  of something very interesting. A local couple are having a 1950's style wedding. Young ladies were browsing our pattern books pointing out  different styles to each other before running through our polka-dot section. 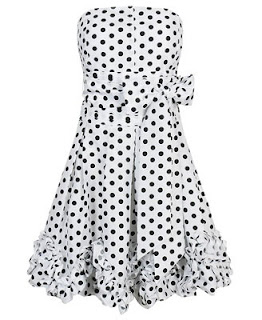 Every bridal party in our shop has been excited, how could they not be?  However this group were very energized with the idea of making retro outfits for the event and then it hit me. A retro wedding will certainly stick in peoples memories. Also even if your guests do not want to create their own clothes, retro gear can be found relatively inexpensively (certainly cheaper than some of the dresses I've seen people  buy to attend weddings in). If your friends do choose to make their own outfits  then they are in for a world of fun. Retro fashion dresses tend to be simpler to make so even a novice dressmaker can proudly show off their creations, and the fabrics tend to be relatively  inexpensive.Also a themed wedding helps guests feel more confident about choosing what to wear.

So if you're planning a wedding think about giving it a theme. It doesn't have to be retro, just make it fun.
Posted by Fabric8 Online at 23:41 No comments:

We're having our annual sale in store.  Picking which fabrics belong in a sale sometimes isn't clear cut. Some stores just pop anything in the sales that they have too much of, or that they've had too long. Other shops put stock in sale they don't like any more. We can't even conceive of that! Asking us to name the fabrics we don't like would be harder than asking a loving parent which of their kids is the ugly one.  However we think our customers deserve a sale and not one just filled with any old tat. And so we deliver a sale filled with some very high quality fabrics to give people a chance to play and experiment with textiles they would normally be afraid to play with.
I can't put the whole sale here it will take forever, but here ae a few choice fabrics that I like personally.


And for the steam punks out there
There  are loads more in store, brocades, silks poly taffeta and cottons all going incredibly cheaply to give everyone the chance to play and explore new textiles.
Posted by Fabric8 Online at 03:27 No comments: