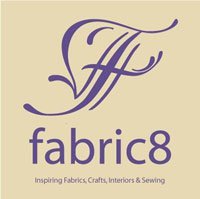 I've been writing these blogs on behalf of the shop I work in for 4 years or so now. During that time I've had so much lovely feedback from people saying we helped them get into sewing. We've covered many topics and had great fun but one post felt dreadful to write. Last November we had to announce our Felixstowe branch was closing down. Telling people about the loss of a local service and the lose of jobs was thoroughly heartbreaking. Now only a few months later we have to announce that our Colchester branch is now closing as well.

I'll leave the fine details to the press release written by a smarter man than I. Read below.

since 1995 is to close its doors for the last time at the end of September.

Fabric8, originally opened its doors as “The Remnant Shop” and sold fabrics

and haberdashery of all kinds. In recent years they added a curtain making

service as well as sewing classes and even threw Children’s activity parties.

business has been in the family for three generations, originally opening its

doors in Felixstowe in 1944. He has put the need to close down to a number of

reasons but there are two that stand out. Perhaps the most significant factor

has been the change in shopping habits caused by the rise of the internet. “As

a result” he said, “The High St as we know it is changing rapidly. More and

things they need at home. The growth in the number of coffee shops, bars and

The second factor has been the lack of support they received from the Bank,

who, recognising that the business was in difficulty, rather than trying to help

of a business that was just beginning to turn the corner.

said Mr Bamberger and “the decision had to be made”

“The Business has been open a long time” he added, “but times change and

nothing lasts forever” He thanked his customers, staff and suppliers for the

overwhelming support he received over the years.


That basically covers it. We will be having a Sale of course and I'll still  do a few more blogs as we say goodbye to each other.  On a personal note I really do need to thank the company for 7 years of happy employment. They took a disabled guy and gave him a chance when  no one else would. This little shop has turned the lives around for so many people, we even have one happily married couple who met working here!
So for now that is all, We will of course keep you all up to date with final closing times and let you know of any special offers in the sale.
Warmest regards
Dean
Fabric8's web bloke. 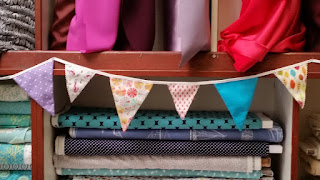